You are here: Home / Camping / Can You Bring A Camping Knife On A Plane? A lot of people feel the answer to a question regarding the idea of bringing a knife on an airplane is a flat out no. You would, in some ways, be correct on this. Taking a knife on a plane does tend to be hard to do. However, there are some workarounds for this.

In fact, there are specific laws or conditions in which a knife can be allowed on any plane. When you check out the reasoning as well as what Airports request, most people will see this as quite fair. Let’s dive into things!

If you’re taking what is considered to be a controversial item on an airplane, you’ll need to make sure the bag is checked by the TSA. Of course, the TSA often against allowing most anything that can be considered a weapon.

Yet a knife can be perfectly fine. There are specific rules for this, however. First and foremost, the TSA has to be made aware the knife is present. In that, if you do not tell them, they have every right to detain you.

On top of this, they give an average of a $250 fine for anyone who carries a knife and attempts to get it past security checkpoints. Of course, they will fine people an average of $10,000 for explosives, so it could be worse honestly.

In any case, you make the TSA aware of this BEFORE you go through any metal detectors. At this point, they will know that the metal detector is likely to go off. Therefore, they will take the bag and check through it.

Rules For Taking Knive On Airplanes You must have every sharp object packed safely. They will need to be sheathed or securely wrapped in an effort to prevent any possible injury. This is mostly for the safety of those inspecting the bag as they will stick their hands into the luggage to check for the knife.

Of course, you’re not allowed to take any knife onto an airplane inside a carry-on bag. This is for obvious reasons. You could likely use that knife to hurt others. Thus, you’re able to take it onto the plane but not access it while you’re 30,000 feet in the air.

It makes sense truthfully. You do not know how people will be problematic if something crazy goes down and they have access to a weapon. More importantly, terrorists took over planes with weapons in the past. Why let someone have anything that could be potentially harmful at the ready?

Not all knives are going to be a victim to the same standards. Your plastic knives or forks will be allowed to be in your carry-on luggage. This is not considered to be as big of an issue. Of course, this type of thing is still something you need to make the TSA aware of.

There might be specific plastic knives that they do not allow versus those they do.

On top of this, there have been some ways people have managed to get knives on board within a carry-on. The way it tends to happen is that you get your bag checked by the TSA but use backpacks or luggage with secret compartments that they cannot see.

This passes around the metal detectors. From here, you’re now passing the TSA and as long as no metal detectors are present in boarding, you’re likely fine.

You will likely be unable to take certain knives with you even in luggage that won’t be part of your carryon stuff. Things like a machete are naturally not going to work. In fact, a lot of fixed blades are not allowed while others are.

Most folded knives are considered to be okay, such as most standard pocket knives. Therefore, we’d suggest that you mail other types of knives ahead of your trip. It is unlikely you’ll need most specialty knives on your average vacation anyway.

Those types of things tend to be taken on trips for specific work you might be doing. In which case, you could mail it ahead or merely charge your work for the use of a knife you have to get while there.

Can You Drink Your Own Urine To Survive?
Next Post: How To Purify Water In The Wild 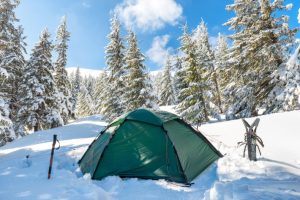